Rationale: Why Standards Based Grading? 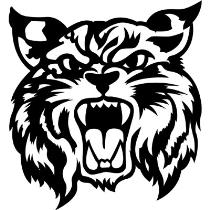 The purpose of providing grades to students is to give quality feedback to students and parents about the student’s current level of mastery of the standards. Standards based grading is criterion reference whereas traditional grading systems are norm referenced and support a bell curve. Traditional grading systems include various factors (attendance, behavior, etc.) not directly related to mastery of the standards and do not present a correlation to performance on standards based/criterion references assessments. Traditional grading systems support grade inflation/deflation, while standards based grades provide a more accurate measure of a student’s mastery and/or progress towards mastery. The use of teacher developed rubrics is an essential component of standards based grading. Wright and Wise (1988) found in a study of 43 teachers, that across all subject areas rubric ratings were significantly correlated higher to standardized testing scores than grades based on points. In a separate meta-study of 21 different studies (Fuchs and Fuchs, 1986) the researchers determined that asking teachers to make decisions about students using rubrics rather than points enhanced student achievement by 32 percentile points. Williams and Felps (1983) found that students assessed with rubrics (in math) scored on average 14 percentile points higher than norm-referenced groups, low-income students scored “24 percentile points higher than the average assessment of those using points,” and students assessed with rubrics had a more positive attitude toward math. The research shows that student achievement and motivation increase when standard based grading is implemented.

Implementation: How will Bedichek Middle School implement standards based grading?

The SBG Committee began meeting in March of 2015 to review best practices with regards to grading, using Myron Dueck’s Grading Smarter, Not Harder and Robert Marzano’s Transforming Classroom Grading as anchor resources. The SBG committee also pulled in resources from Crockett High School and the internet (including Harpool M.S. in Denton ISD). In May of 2015 the SBG presented a plan to the Bedichek Leadership Team.

Parent communication will be delivered by school administration using School Messenger during the summer. Explanation will be provided at Back to School Night as well as at PTA, CAC, and a special report card meeting held after the completion of the first six weeks.